The abbreviation, acronym or full form of WAP is Wireless Application Protocol

Wireless Application Protocol is a standard protocol for accessing information over a wireless mobile network. WAP site was first launched by Dutch mobile phone operator Telfort BV in October 1999. This site was developed as a side project by Christopher Bee and Euan McLeod and launched with the debut of the Nokia 7110.

WAP Push – WAP push is incorporated to allow the WAP content to be pushed to the mobile handset with minimum user intervention. On receiving a WAP Push, a WAP 1.2 enabled handset will automatically give the user an option to access the WAP content. This is also known as WAP Push SI (Service Indication). WAP Push SI directly opens the browser to display the WAP content, without user interaction.

WAP 2.0 – WAP 2.0 version was released in 2002. This version of WAP uses XHTML and HTTP. A WAP gateway which acts as a standard proxy server is used in conjunction with WAP 2.0. WAP 2.0 defines the XHTML Mobile profile, which is a hyper textual computer language specially designed for mobile phones. 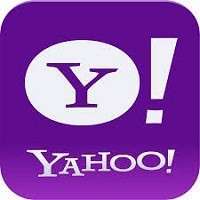